The Armstrong Family in 1959

This remarkably candid-looking photo was actually staged and taken with a timer. Richard and Marcella Armstrong are shown sipping tea in Kennewick, Washington. It took them several tries to get a good shot! 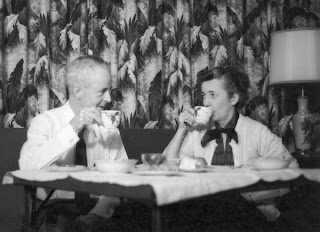 Here is Susan in her wedding gown. The caption originally read "Susan Armstrong Rose, September 7, 1958, Kennewick, Washington Presbyterian Church." But then "Rose" was crossed out! 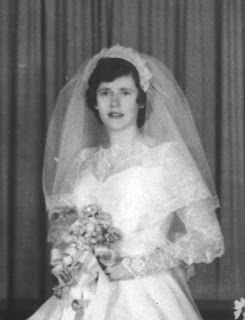 She graduated from the University of Puget Sound in June 1959. Here she is receiving her diploma. It's a shame this shot isn't sharper; there isn't much to be gained by enlarging it. 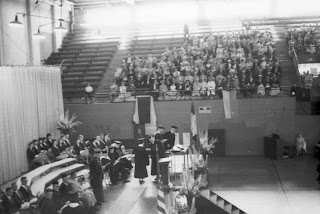 I think this photograph shows my mother with her then-husband Ted. She was listed as Susan Rose in her University of Puget Sound yearbook. 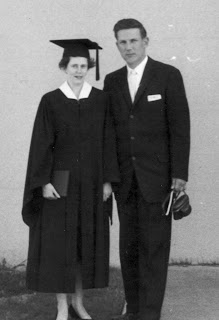 The focus and contrast in most of these photos is relatively poor, but here is a closeup of one of the better ones, processed a bit to sharpen the image, showing a smiling graduate: 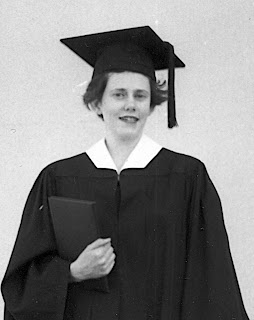