Richard Armstrong as a Boy

I did a lot of print organizing today and came across an envelope holding a series of class pictures of Richard Armstrong, Marcella Armsrong's husband and my grandfather, in 8th, 7th, 6th, 5th, 4th, and probably 3rd grades. The envelope says this was in Omaha.

The images themselves are group shots, but they are quite sharp, so I was able to zoom in a great deal and pick out Richard. I don't have the exact dates, but I think he was born in 1905, so I think we're looking at about 1912-1918.

Let's work backwards, since he looks more familiar in the later grades. 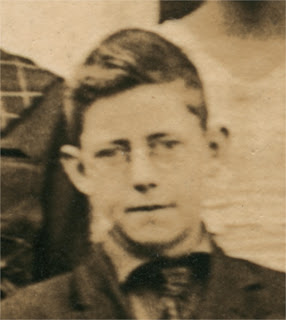 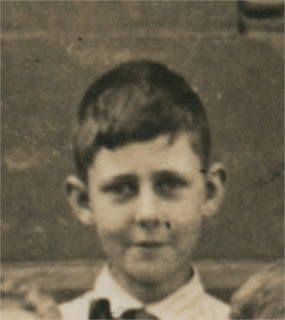 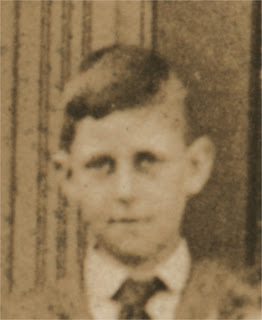 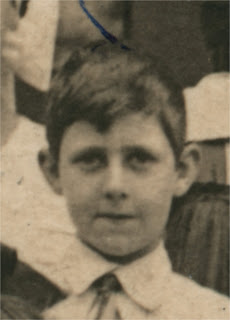 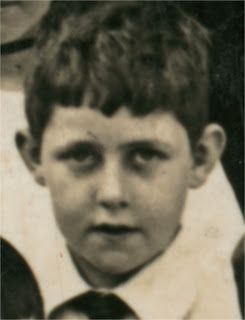 Not specified, but probably 3rd grade: 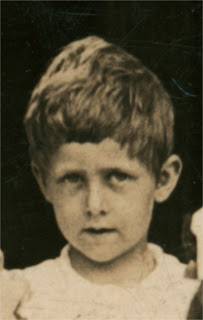 I don't think I've ever seen these pictures before. I was a bit startled to see how much I looked like my grandfather. Here is a shot of me from around the same grade: 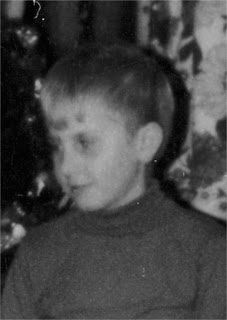 I was a bit startled to come across this girl in the earliest class picture.

Were the Omaha public schools really integrated around 1912? Was it a private or parochial school that was integrated? There is probably an interesting story behind her presence in this photograph, but 95 years have passed and I am not certain anyone who is now alive can still tell it.

UPDATE: Grace pointed out that Nebraska as a Northern state was not segregated like schools in the South. But I still find it hard to imagine what it must have been like for that girl in the overwhelmingly-white classroom around 1912. She was not in any of the other class year pictures.
Posted by Paul R. Potts at 8:58 PM

Jon posted a comment; I'm editing it to leave off his e-mail address:

Actually, Richard was born: "September 22, 1906" in Council Bluffs, Iowa according to my records. They moved to Omaha when he was quite young because they were in Omaha when my mother, Ella Grace, was born in 1910. I have a class photo take after you series, I think. I will try to scan it and send it to you. I am also researching the Civil War photos of W. E. Bagley and have at least one that you did not mention. It is of 11 men in front of a small white tent. Let's stay in touch. Jon Jon Findley [e-mail address removed]