Seasons Greetings from the Lynch Family

Marcella Armstrong's sister, Clara Louise Clarke (1908-1989) married a man named Gerald Lynch (-1960). Their two children were William Howard Lynch and Rebecca (Beckey) Ann Lynch, born 1937 and 1941. I say "were" because unfortunately, both have died; Bill of a brain tumor, and Beckey of homicide. But on a more cheerful note, they appear in photographs in a series of Christmas cards which Marcella preserved.

By the way, writing "Season's Greetings" instead of "Merry Christmas" is not a recent innovation. If it is part of an alleged "War on Christmas" this war has been going on since before World War II; most of these cards read "Season's Greetings." Two are missing the apostrophe, so I guess the "War on Apostrophes" also has a long history. 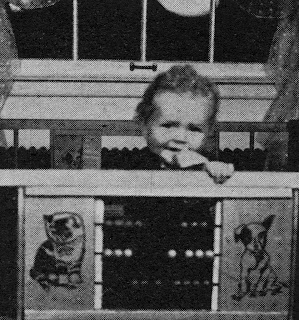 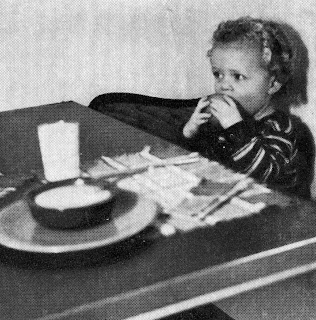 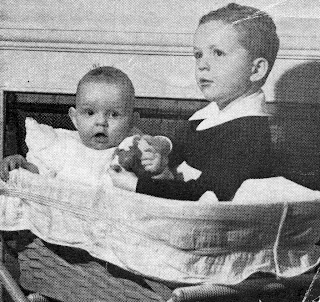 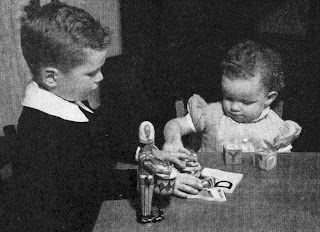 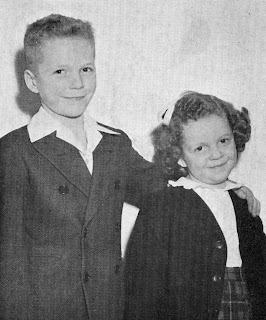 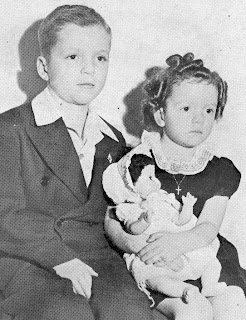 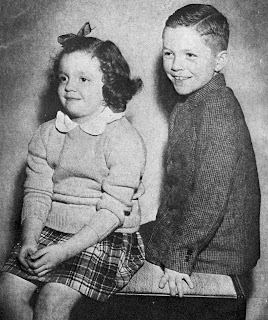 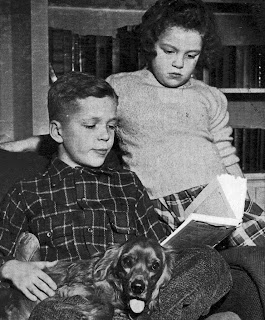 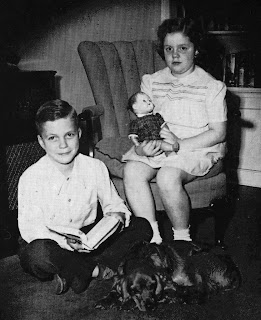